What exactly is mBIT?  It starts with a simple question:  Did you know that we have 3 brains not just 1?

It’s true and Eastern Philosophy has known this for hundreds of years.  Now Western Science has finally caught up!  In this recording, mBIT Trainer Mal Winnie gives us an overview of Multiple Brain Integration and a background on the power of mBraining.

In this presentation, Mal covers: 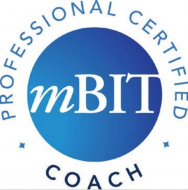 Mal’s Training and development career has spanned over 25 years, working in multiple countries and on 4 continents.

For the past 12 years Mal has owned and managed his own business in New Zealand that specialises in the area of Performance Improvement and High Performance. He has worked extensively across the private and public sectors and has also worked in high performance sports with prestigious teams such as the All-Black 7’s Men’s and Women’s teams.

Mal has developed a reputation as a pragmatic, insightful and inspirational coach, trainer and facilitator. His passion for coaching and high performance is fuelled by his desire to create real-world results for individuals and organisations.

Mal’s area of interest in recent years has been in Neuroscience and Positive Psychology, and its application to everyday practical life. He is an internationally Certified Trainer and Master Practitioner of Neuro-Linguistic Programming, and an international mBIT Trainer and Master Coach. In 2014 he was one of only 6 people in the world to be invited by the developers of mBIT to become an mBIT Master Trainer.

Outside of work Mal is a mad keen adventurer and yoga practitioner and has spent much of his adult life travelling the world and exploring some of the more remote and wilderness places on our planet.