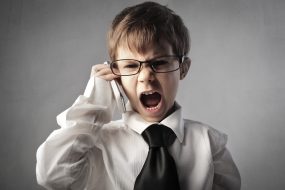 I hadn’t seen John, my former client, in about a year.  We normally get together in January to discuss our goals and plans for the coming year.  This year was no exception but John did send me a list of 104 new things he wanted to do this year.  I was quite impressed with the ambitious goals and looked forward to our meetup.

We met for coffee at a local shop and the first thing that I noticed about John was that he had lost a lot of weight.  He looked really fit and trim and just a solid stack of muscle.  He had started martial arts a few years back so I wasn’t surprised to find him in this shape.  He sat down and I commented on his weight loss, “Looking good,” I said.  He replied, “That’s what cancer does for you.”  I about fell off my chair.  I hadn’t noticed the scar that traveled across his throat.  “I had throat cancer.  Let me get a drink and I’ll fill you in.”

John told me the story of how he had difficulty breathing during his martial arts workouts so insisted to his doctor that he go to a specialist.  What he didn’t expect to hear was CANCER.  He’d never smoked in his life.  Isn’t throat cancer for smokers?  Not necessarily, he found out.

He had an operation and then it hit him while he was sitting in the hospital bed, alone.  He asked his wife not to bring his two small children in to the hospital until all of the cords, tubes and other scary stuff were off his body.  So, most of his time he spent alone just thinking.  He and I are alike in this as we both turn our attention to our goals.  For him, it was even deeper as he didn’t actually know if the surgery would work or if the cancer would come back.  Was this it?

John thought about his goals in life.  He’d been very ambitious and rose quickly in his chosen career arriving at a CFO position of a multi-national company in his early thirties.  Now, that didn’t seem to matter.  Why?  Why didn’t this matter anymore?  He was hit with the realization that he’d been living his life with goals that he formulated when he was 16-years old.  And he asked himself, “Why am I living with my 16-year old self’s goals? Haven’t I grown up since then?”

John decided to use the time in the hospital making a list (in his head) of what his goals as a thirty-plus-year-old man were instead of using the ones of a teenager.  What did he want now?   Not surprisingly, his goals were quite different.  He didn’t want to be at the top any more.  Yes, he would like the top job but he didn’t want it if it meant he had to sacrifice what was more important to him at this point in his life.  He wanted to put his family first.  And he really meant first.  Not first behind his job but first.  And he also wanted to be connected with something bigger than himself.  Through his martial arts he was introduced to a different way of eating, a different way of thinking and a different way of being.  He started meditating and exploring other religions.  He never got to choose his religion as a 16-year old.  Now he could.  The list John made was deep and enriching and that’s where he decided to start trying new things so made a list of those too.

John had a visit from his mother and father and was surprised by their questions about his health condition.  Was he able to return to work?  Would this affect his latest promotion?  What about future promotions?  John realized that his 16-year old dreams were being kept alive by his parents.  And so he decided that maybe sometime soon he would softly explain to his parents that he isn’t 16 anymore.

At the end of the conversation, I was thankful I just listened and learned.